A person’s weight is not the only way to assess poor nutrition. The more dangerous indications are not those that can be seen physically. There are numerous health-related and social issues resulting from a person with poor nutrition. Well naturally, poor nutrition leads to poor health. But is it the only consequence?

Poor nutrition can be risk factors of many dreaded diseases. Heart Disease is one major health risk resulting from poor nutrition. Eating foods high in fiber but low in saturated fat, coupled with exercise may eventually lessen the risk. High Blood Pressure and Strokes are very much related. Over time, high blood pressure may lead to the building up of clots on the walls of the arteries which lead to stroke. Proper diet and physical activity should be regularly practiced to lower the risks. One out of three cases of Cancer is due to poor nutrition. Diabetes is also a result of an improper eating pattern and sedentary lifestyle.

A good nutrition is composed of the following: carbohydrates, fat, proteins, vitamins, minerals, and water. A lack on any of these or too much of one of the components may result to a deteriorating health and other complications as well. Scientific research has gathered that poor nutrition early on in a child’s life brings about social problems. The child develops an antisocial and aggressive behavior which he will have to live with till the end of his adolescent years. An equally shocking result of the research pointed out that poor nutrition influences the brain development. A deficiency in the nutrients associated with brain development has been said to lead to low IQ which later on brings about the antisocial and violent behavior.

Some experts have linked poor nutrition to Attention Deficit Hyperactivity Disorder (ADHD). An opposing party has argues that there are no scientific proofs that confirmed the association of poor nutrition to ADHD. However, the social aspect of a person has been known to have been influenced by poor nutrition. An antisocial and aggressive temperament caused by malnutrition may not exactly be ADHD but let’s not wait and become the proofs that ADHD is indeed a result of nutrition deficiencies.

Let’s spare our children all the complications caused by improper nutritional practices. While there are a lot of things that are beyond our control, our eating habits are within our power. Let us not modify our eating patterns simply to look good. What our body tells us is far more important than what people say about our looks. Let us take control. Changing what was once a poor nutrition practice can actually make us look and feel good inside and out. 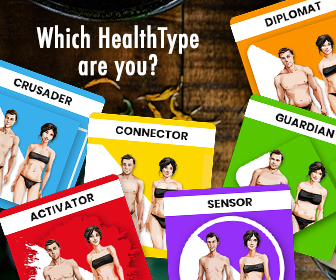 Is There A Role For Nutrition In Dealing With Hair Loss?

Could something as basic as inadequate nutrition really contribute to excessive...

Getting The Most Nutritional Value From Fruits And Vegetables

You’re eating lots of fruits and vegetables every day, but are...